Interview with Divorce Coach About Improving Your Mindset During Divorce 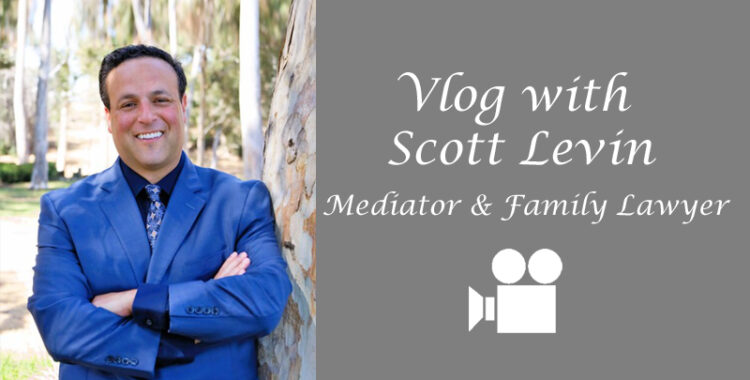 Interview with Divorce Coach About Improving Your Mindset During Divorce
https://youtu.be/NZPohjN61f8


Chief PeaceKeeper Scott Levin 0:00
Three Two. Hey, this is Scott Levon chief peacekeeper and attorney mediator. And I am here today with Nikki Bruno. Hi, Nikki, how are you? What’s going on? Scott? Happy to be here. Thank you for being here. And you are the epic comeback. Right? Yeah.

Nikki Bruno, Divorce Coach 0:21
Epic, I am on the epic comeback coach. Yes, I am. I am an empowerment coach. And I help people to stage epic comebacks in their life, from life shattering experiences, such as divorce, especially high conflict, divorce, illness, such as cancer, or some kind of loss. Basically, my clients are our rock star individuals who, generally they’re in between, let’s say their 30s in their 60s, and they have been sidelined, absolutely sidelined by some kind of crisis, some kind of trauma at really at the peak of their life. And so I have, I become an expert on how to how to move from a very low, dark, difficult, hellish place, to being the architect of your own life, and really learning from learning from the trauma that you’ve gone through, and using the trauma as really as a source of empowerment for creating the next chapter of your life in a really amazing way.

Chief PeaceKeeper Scott Levin 1:25
That’s really interesting. So one question I have is, do you see people mainly write when they’re, that they’re trying to recover from the thing that’s happened? Or is there sometimes a period of delay between, you know the end of a divorce and when they are reaching out to you?

Nikki Bruno, Divorce Coach 1:44
Yes, it’s really both Scott, I would say that most of my clients start working with me when they’ve had a certain kind of period of healing in the wake of the traumatic event, or in the wake of the crisis, where they’ve reached a place where they either can see the light at the end of the tunnel, or they’ve already kind of reached that light at the end of the tunnel. So people tend to I mean, the the simplest answer is people work with me as a coach, when they’re ready to take action when they’re ready to move on, and to build a vision of their future. And I know for myself, that traumatic experience I went through was a high conflict, divorce, and it lasted three years. And I wasn’t ready to work with somebody like me until the legal process of the divorce was still going on. But I had separate my husband at the time, and I had separated and I had my own home and I had had maybe nine months or so to really kind of suck my thumb and recover a bit.

Nikki Bruno, Divorce Coach 2:45
You’re ready, when you feel like it’s time for a change, you feel like you’re ready to you feel like you’re ready to say, okay, that is going to now be in my past. Starting right now, there’s often a turning point. And I’ve studied hundreds of case studies of comebacks. And the there’s this turning point. And I can’t say exactly how that happens. I think it’s just sort of a combination of grace. And the combination of kind of getting frustrated with being in the pit for a long time, right? I mean, we’re talking about one to three years of trauma that has happened. So it’s just this like readiness, where you’re saying, I’m going to leave this behind, and I’m going to get my mojo back, I’m going to I’m going to start taking action to move on in my life. And that’s when that’s when it’s time for a coach to enter. Up until that point, the best expert to work with really is a therapist who’s going to help you heal.

Chief PeaceKeeper Scott Levin 3:40
Yeah, that’s it. So in terms of coaching, I mean, we all get coaching, you know, when I was young, we I got tennis coaching. I had tutors, I had a sh t coaching, how, why do you think when we enter adulthood? And I don’t know if I’m quite there yet. Why do you think that we that people, adults kind of stray away from coaching, even though we you know, a lot of us grew up with that help, when in our younger years?

Nikki Bruno, Divorce Coach 4:09
I love that question, Scott. And what occurred to me immediately is that I think a lot of people don’t seek out coaching because now it costs a lot of money. When you grow and when you’re growing, I mean, depending on what sports was what you do, but if it’s relating to it’s relating to your school, your college or whatever, you know, you’re not paying extra money for it. And these days. The other thing is that for I think the generation before ours, there were a lot of there was there was a lot more mentorship that was built into people’s professions and built into the companies they were part of. And that’s really gone away in large part certainly I will say for my generation. And so these days, you know, cost you 1000s of dollars to work with a coach if you want to work with somebody who’s really good and really excellent and who’s actually coaching as opposed to just saying that they’re a coach, you know, you have to be you have to be educated and trained in in the mode of coaching and unfortunately within Within the coaching industry, you don’t have to have, you’re not required to have a certain kind of license in order to say that you’re a coach. So it’s a combination of things. But I would say that the primary reason probably financial people don’t, a lot of people aren’t sort of, I want to say enlightened to understand that investing in a coach is actually a financial investment. And it’s, it’s, it’s a way to accelerate your progress towards your goals in a major, major, major way.

Chief PeaceKeeper Scott Levin 5:28
Yeah, that’s it and and when you say that you’ve studied, because you’re right, there isn’t necessarily like an overall, you know, requirement for being a coach. You know, lots of people can call themselves coaches, for, you know, lots of different reasons, but you say you studied 1000s, or hundreds of epic comebacks. to kind of understand what that really means. What sort of, you know, tell us a little bit about that, you know, education process.

Nikki Bruno, Divorce Coach 5:58
Sure. I did a lot of reading I still do. And also I have a podcast called the epic comeback podcast and my every single guest. I have, I think it’s been I’ve interviewed probably now 160 different people who have epic comeback stories who’ve been through every kind of trauma you can name, again, from loss to divorce to loss of a child to different types of illnesses, to terrorist bombings, I mean, I’ve talked to some people who’ve been through multiple types of trauma. And so it’s, it’s from studying those studying those cases cases. I’ve also studied athletic comebacks, corporate comebacks like apples, celebrity comeback certain, certainly like somebody like Ellen DeGeneres, who came out basically lost her career, nobody would touch her in Hollywood, and then look, look, look where she is today. No matter what you think of her personally, she has she staged a major comeback. So what I did was while I was looking while I was studying these, these these people in these situations, I was asking two questions. Number one, what are the human qualities that it takes to stage a comeback? And number two, what are the actions that people are taking? What’s the actual pathway, and so I was generalizing from all of these case studies to create my methodology, which is called the epic comeback journey. And it’s a 10 step process that I that I give to my clients, this is my gift to my clients, I make it public, you know, I’m It’s no secret, the intellectual property of my coaching practice. And it’s, it’s 10 steps, you know, you start, you start here, you’ve been in hell, you have a period of time of healing, and you go through these 10 steps, not necessarily sequentially. And at the end, you’ve you’ve you’ve arrived, you, you’ve staged your comeback.

Nikki Bruno, Divorce Coach 8:06
People can expect to, people can expect to do some some sometimes difficult and hard internal work, which means very much telling the truth of what you’ve gone through. And kind of going through this one of the early stages of the, of the process is called reckoning. And it’s a time where you’re assessing where you are, and you’re kind of kind of lining up, what do I have? What has happened here? What do I have stacked against me? What do I have in my corner? What are my my skills, my superpower is my strength. And so emotionally, the process the process can be a bit all over the map because it’s it’s exhilarating. And it’s also at the same time you’re really kind of putting up a mirror to yourself into your experience, and you’re taking some you’re taking responsibility for what’s happened to you and for you and you know, and in your life. So it’s it’s a process where it’s a combination of envisioning your future and dreaming of what you really really want, which which can put which can put you in an emotional state of gratitude and excitement, and certainly nervousness and fear. alongside a process that can also be it can be a bit of a bit of a slog. And I know we’re running I know we’re running out of time, but it’s you know, it’s what I love what I do, it’s I pinch myself,

Chief PeaceKeeper Scott Levin 9:32
you are Nikki Bruno was truly amazing, everybody she is a leader in this in this industry of coaching the comeback epic comeback. I know her from the divorce world, where I’ll be on calls with people and speaking to friends of mine, and they’ll just bring up Nikki’s name, you know, generally and I’ll be like, Wow, that is someone that you know, I need to know. And I appreciate you joining me today. Thank you, Scott.